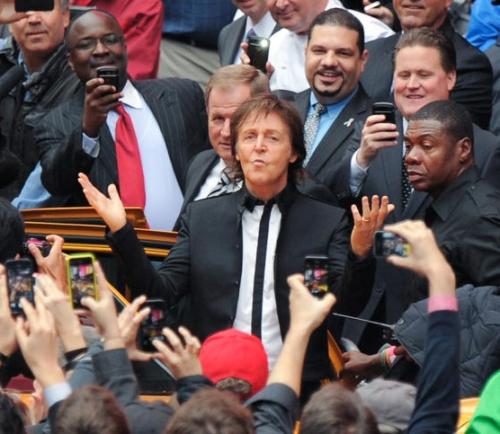 Paul McCartney arrives with his band to give a surprise pop up concert in Times Square on Thursday, October 15. The band played "Band On The Run" nine times in a row much to the delight of onlookers. "I couldn't believe it when they played it the fourth time, and then, like, five more?!", stated Jasmine Alborn, who left work early to enjoy the freebie. McCartney will release his new album called "New" on October 15. (Associated Press)