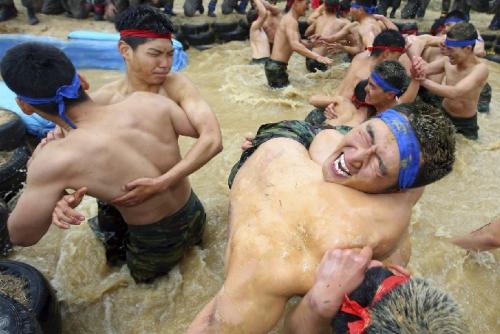 North and South Korea have, in fact, begun a land war near the border shared by the two countries, according to US Intelligence sources. "Their weaponry is not nearly as sophisticated as we were led to believe," stated one senior official. North Korea, in red headbands, has a slight advantage over South Korea, in blue, leading officials to wonder if US involvement may be required in the near future. "We will send in Dwayne 'The Rock' Johnson if necessary," stated the official. (Associated Press)