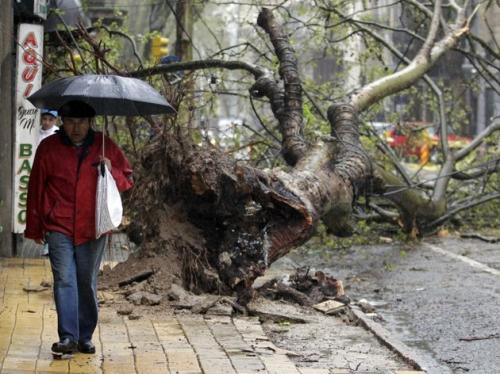 Montevideo Superhero Umbrella Man, or Hombre de Paraguas, leaves the scene of a battle against a group of street thugs who were harrassing honorable citizens. Umbrella Man, whose real identity is not known, is said to wield his powers only when he carries his umbrella, so he usually only fights crimes during storms. "He used his super strength and rage to uproot the tree and swing it at the criminals," a bystander reported. (REUTERS)