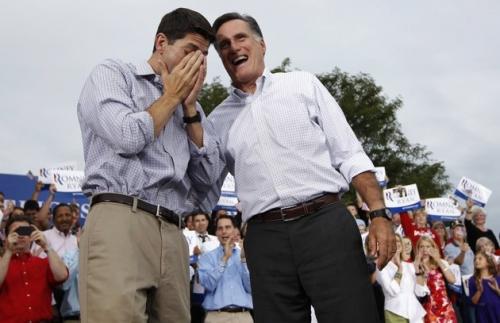 Mitt Romney laughs it up following a searing fart that watered the eyes of his running mate, Paul Ryan, during a campaign stop in Waukesha, WI. "Wow," Ryan would say later, "when he eats a whole bag of salt and vinegar potato chips, he seems powerful enough to get this thing back on track." (Associated Press)