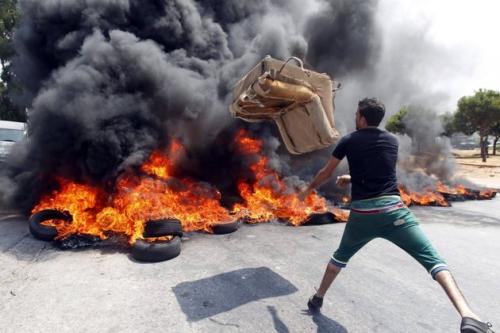 A pro-Syrian regime man tosses a big shitty chair into burning tires during a protest against Sunni Muslim Salafists who are supporting the Syrian opposition and are leading an open-ended sit-in, in Sidon, southern Lebanon. "Even though we were just supposed to burn tires, I had to get rid of that big shitty chair I had since college and the garbage man won't take it," said Ayallah Mustafa Kinshallah, "but I already got a new one with an insulated cup holder, which is awesome."(Associated Press)