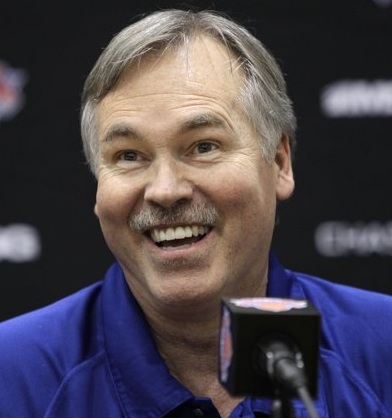 New York Knicks head coach Mike D'Antoni resigned today amid a disappointing season and a torrid losing streak, during which insiders claim "he had lost control of the locker room." D'Antoni, however, has already landed on his feet by being named General Manager of a Chick Fil-A franchise in Syosset, NJ, for which his appearance is perfectly suited. "We are going to work very hard on our drive-thru service speed and accuracy," D'Antoni promised. (Associated Press)