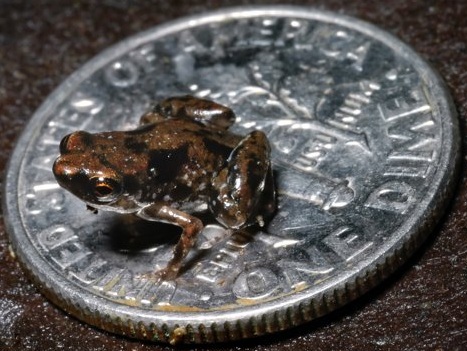 A prototype of the proposed new "large dime" is shown beneath a frog recently. The dime, which is about the size of a dinner plate, would be minted at a single undetermined location in the US, but one which would be close to an "established rail system for obvious reasons," one official stated. "The dime has long gotten the raw deal," Treasury Department Deputy Marc Ashton stated, "because it is the smallest of coins but certainly not the least of value--this coin changes all that." (Associated Press)