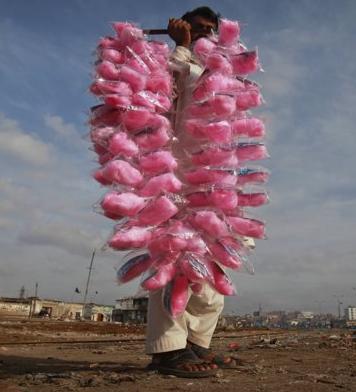 Despite being homeless, a South Central LA man clings to his passion of making cotton candy "at any price, this freedom," he says. Preferring to remain anonymous as well, he refuses to sell his wares even though he is constantly approached for that purpose. "It is more about who I am than what I can do--a policeman would not sell his badge everyday, either," the Homeless Man Who Makes Cotton Candy But Doesn't Sell It said. (Associated Press)