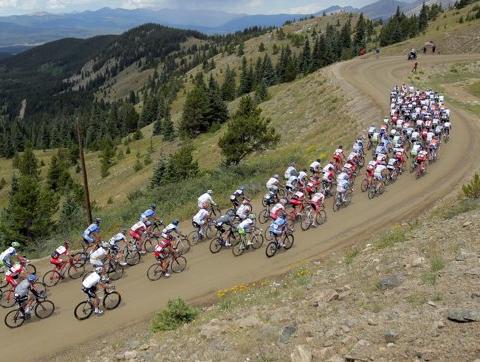 The peloton climbs Cottonwood Pass during Stage Two from Gunnison to Aspen of the 2011 USA Pro Cycling Challenge on August 24, 2011 in Buena Vista, Colorado. Despite his death, Actor Dom DeLuise did not participate in the event as was expected. "Dead or alive, we were not surprised when we did not receive Mr. DeLuise's registration packet," stated Ben Davis, spokesman for the Founders' Club of the USA Pro Cycling Challenge.(Getty Images)