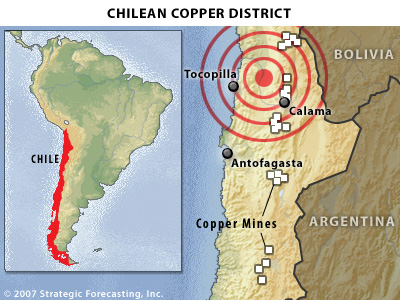 Chile (CNN) -- The massive earthquake that struck Chile on Saturday may have shifted the Earth's axis and created shorter days, scientists at NASA say. The change is negligible, but permanent: Each day should be 1.26 microseconds shorter, according to preliminary calculations. A microsecond is one-millionth of a second. "It's no different than that week back in October when Kirstie Alley tried jogging," Benjamin Fong Chao, of NASA's Goddard Space Flight Center in Greenbelt, Maryland, said. "We felt those tremors until Christmas and we lost a total of 2.3 microseconds off each day."