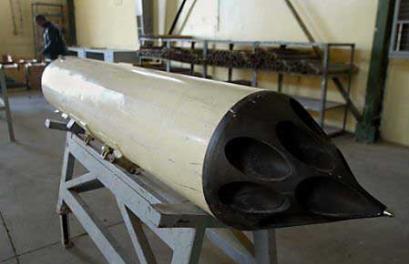 As the cola wars continue to escalate, Pepsi announces its latest counter-attack to Coca-Cola's recent successful introduction of Vanilla Coke, Diet Vanilla Coke, Diet Lemon Coke, and the continued reign of Classic Coke. The missile, believed to be purchased somewhere in the middle east, will likely be launched toward the Atlanta headquarters of Coca-Cola in early spring 2003, according to a Pepsi spokesperson. (Reuters)

r e a l l y   N E W E R
N E W E R
Satire We Wrote - Funny Photos - Pirated Comics - Stuff Fer Sale - Commentary - About US - admin
All logos and trademarks in this site are property of their respective owner. The comments are property of their posters, all the rest © by me, Sandra Dee, Chuck, Cletus and Cecil.
Only 3 small animals were hurt while building the site, 2 of which were crushed under Chuck's truck. We are not responsible for anything written when Cecil's been drinking.