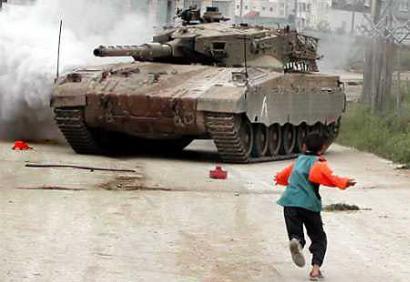 This is the 1,568,477th ?news? photo of a child or civilian hurling rocks at a tank somewhere in a war zone. Experts agree that it is the most common photo taken during wartime, and that journalists still get a woody when they capture their first version of this. News savvy readers, however, regard the photo as cliched and tired and many argue that the same group of pictures are merely being reprinted and recirculated, rather than new ones being taken at great risk to reporters. (Associated Press)