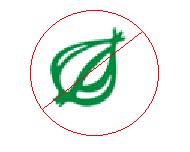 "My clients were clearly on a path of desecrating Robin Williams' various appearances," stated attorney J. Leonard Gustafson as he spoke on behalf of Chuck Craddock, Cletus Gibson, and Cecil Craddock. The three family members are the founders and staff who keep up the website. "Now their pursuit puts them in jeopardy of looking like the copycat cheaters that The Onion obviously is should chuckandcletus.com post another article of this nature," Gustafson said.

"They had gone so far as to time the length of the appearances and count the number of voice changes Mr. Williams employs in his scatological dialogues," Gustafson pointed out. "Articles that appeared on chuckandcletus.com on January 21 and February 23 of this year, then, have had their spirit and intentions ripped off by The Onion on March 12, which contained themes of a remarkably similar nature," Gustafson maintains.

What's next? "Pending the outcome of a shampoo lawsuit in which I am representing Cecil Craddock, the boys will decide if they will seek reparations from The Onion," Gustafson said. "Frankly, between the cost of the current case and their website hosting fees, they are not yet able to defend their honor against a powerful giant like The Onion in a litigious sense," he added. "The Onion could make this a lot easier on themselves, that's for sure, while they still have the time," Gustafson said.

Greensboro, NC (AP) In an astonishing turn of events Tuesday morning, a news-based website published an article that, in the eyes of its editors, "Is totally unrelated to war," a spokesman said.

Bolingbrook, IL (AP) - Worldwide hamburger giant McDonald's Corporation, in reviving the revered, unique, and flavorful McRib sandwich for a limited time only, announced that the sandwich has, in fact, missed its consumers.