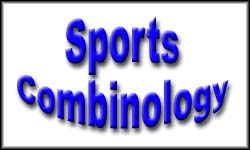 Raleigh, NC (Associated Press) - Following a closely contested game between two storied powerhouse college basketball programs last week, one major declaration could be made regarding both. That is, that neither team was likely to win the NCAA tournament this season. Both former champions lacked the tools and firepower that made them champions before, and everyone from the experts down to the casual fans knew it. That's when the wheels starting turning in the heart of basketball country.

It may have started from a comment Duke coach Mike Krzyzewski made to North Carolina coach Matt Doherty immediately following the conclusion of Duke's hard-fought 83-74 victory on February 6. "We could take on the world if we were all one, big team," Krzyzewski is alleged to have joked that night, but it was the start of several serious phone calls between the two coaches and their respective athletic directors over the next several days.

Following a thorough investigation into the legality of the combination of two NCAA men's basketball teams, which turned up no roadblocks or bylaws prohibiting such a union, university officials from both sides gave the coaches permission to discuss the topic with players, assistant coaches, trainers, and staff. In a land where basketball and winning and winning basketball is everything, there was no dissension. Unanimously, all involved agreed to the creation of a single team from the former two, feeling that a number one ranking and championship were soon to follow.

Starting with this weekend's games, then, the Dukarolina Blue Heels will begin anew on their road to the Final Four with a twenty-one man roster. Doherty and Krzyzewski will act as co-coaches and will quickly build an ultimate starting five and powerful substitution rotation that will likely dazzle, disorient, and destroy opponents. Even with a minimum of practice time, the Blue Heels are already 102-point favorites over Clemson this Saturday.

"We are very excited about winning basketball games here, we always have been," Doherty said Tuesday. ?Now we are in a position and a relationship to make that happen every time we step onto the court for years to come.?

"Clearly, this puts our new program in the forefront of contenders for this year's ACC championship and for the NCAA Championship run as well," Krzyzewski continued. "It is a milestone agreement, and one that could only be reached by like-minded people with an equal desire for change, victory, and diplomacy," he added. "Champions aren't born, they are made."

While practices and dynamics between the new teammates continue to evolve quickly in order to determine a starting lineup, it has already been decided that the Duke student body will take over sole position as the home crowd. The cheerleading squads from the former two teams will be required to boil down to one squad, however, as the NCAA is very strict on the number of team-based performers allowed along the sidelines during NCAA competitions.

Concord, NC (AP) With people turning more and more to their computers for entertainment and information, it was only a matter of time before they began to turn to the world wide web for their exercise, too.

New Delhi, India (AP) - Dr. A. P. J. Abdul Kalam, president of India, presented his country's application for 2nd-world status to the United Nations today. "We think we're ready for the plunge," he stated, "I mean, we've got nukes and if that ain't enough, I don't know what is."