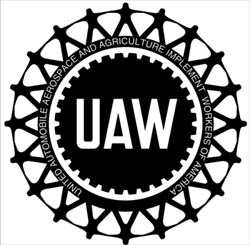 Detroit, MI (AP) The United Auto Workers and the three largest American automobile manufacturers are asking foreign car makers to define the names of their offerings, if they can, or to rename the imports altogether.

"We agree that Americans have the right to buy whatever kind of car they want, but we also feel they should know what they are buying," stated UAW president James Kinston. "We all know what an Impala is, what a Focus is, and what a Park Avenue is, but what is a Sorento, a Maxima, an Impreza, or a Grand Vitara?"

Ford, General Motors, and Daimler-Chrysler spend time and money on market research to determine the best possible name for a vehicle, giving it every possible edge on an identity and an image. Foreign carmakers, Kinston asserts, seem to make up words that consumers are then forced to remember because of their peculiarity rather than by a favorable association of some sort. "The rule seems to be three syllables and an ending vowel, that's it," Kinston said. "Altima, Murano, Celica, Corolla, Sedona, Optima, Elantra, Leganza, Nubira, you see what I mean," he added.

Some have suggested that the names may actually be demeaning in some way. That is, the meaning might not be awe or confidence-inspiring at all. "Nubira, for example, might refer to a swollen or infected body part," Kinston pointed out. "A Sedona could be the Korean synonym for a homeless person or a bad waffle. We just don't know."

If the movement generates enough steam, lobbyists could be expected on Capitol Hill in the new year. Kinston defines success in this venture as "clear definition of names that can be defined and are of a favorable or desirable nature, or the recall and rebadging of all offending or meaningless nameplates throughout this country," he declared. "If Sedona means absolutely nothing in any language, then it must become a Scepter; if every Corolla must be renamed a Typhoon, then so be it," Kinston said.

Cleveland, OH (AP) Local boy Wayne McLemore made good yesterday, much to the delight of friends and family who have been supporting him and his efforts for years.

Los Angeles, CA (Variety) - As Hollywood pundits got ready for the Golden Globe Awards on Sunday night, moviegoers across North America sent the re-release of the 1996 Chris Elliot comedy "Cabin Boy" sailing into the No. 1 spot at the holiday weekend box office.