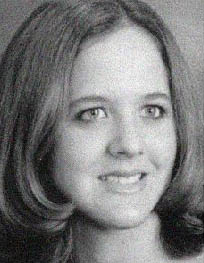 Liebowitz Only a Sophomore

Flinnage, PA (Associated Press) Tragedy struck the small, close-knit Emily Dickinson College community Thursday when a kiln explosion on campus took the life of one of its students.

Fawn Liebowitz, 20, a sophomore Home Economics major from Ft. Wayne, Indiana, was working near one of two large kilns in Meredith Hall when it exploded, killing her instantly. Flinnage Fire Chief David Hawkins confirmed that over sixty pieces of pottery were being fired for the first time in the DuKane Craftmaster when the mishap occurred. "We have no knowledge of any problems with the unit ever," he said.

Students and faculty are mourning the untimely passing of Liebowitz. "She was a spirited, vivacious, intelligent girl with a beautiful smile and always a kind word," said Shelly Dubinsky, Liebowitz's roommate. "I loved her like a sister and will miss her like one, too."

Boyfriend Frank Lymon of nearby Faber College, who had just talked to her last week, was devastated as well. "We were engaged to be engaged," he said. "She was going to make a pot for me."