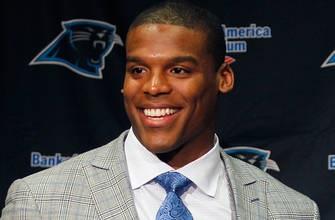 Newton Taking Some Time Off

On the heels of Peyton Manning’s stunning success after his multiple neck surgeries, the Carolina Panthers have announced that they are scheduling their derailed superstar for some of the same.

Cam Newton, who had a stellar rookie season in 2011 by throwing for over 4000 yards and rushing for over 700, fell off just slightly in his second season and appears headed down the wrong road after the first two games of the new campaign. “He’s ripe for the kind of success afforded Mr Manning,” said owner and founder Jerry Richardson, who also made Newton contractually agree to not getting any tattoos as long as he is the face of the franchise.

Coach Ron Rivera is pleased about the announcement and pointed out that Newton “will come back faster, just based on his age.” Manning, by comparison, had his last neck surgery at age 35 and had difficulty regaining strength while returning to top form.

While Newton has not been injured in any way relating to his neck or shoulder area, the team still feels like it’s the right thing to do as they believe Newton is a much better athlete than Manning ever was and that he will benefit from the downtime. The only question now is when to begin the surgical procedures. “We will watch for any particularly series of poor performances, whether that’s halves of football or multiple games which result in a diminished chance of making the playoffs, which is what this is all about,” stated Richardson.

Newton, 24, is excited about the opportunity for improvement. “Now that my father is no longer in control of my football future, I am eager to learn from Hall of Famer Jerry Richardson and Super Bowl Champion Ron Rivera and look forward to doing whatever it takes to lead this team to our own championship,” Newton stated.