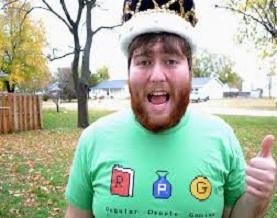 The New King of Saving Water and Time

Forty one year-old James Kelders, originally from Pittsburgh, has decided to wash his hair first instead of last when taking his morning shower. “I have always done it last and I’m not sure why,” explained Kelders, “but all that is changed now.” Kelders has called the Piedmont his home for over twenty years.

“I used to wash everything from face to feet in that order, generally, and then come back and finish by washing my hair,” the bachelor said, adding, “I was rinsing all those suds down a body that had already been rinsed off, mostly.” Kelders, however, recently showered under the influence of alcohol, he admits, “not a crime,” and realized that he washed his hair first and then went back to wash his hair at the conclusion of his shower before shutting it all down. “It was then I discovered my hair was already done, so I turned off the shower and started drying off.”

Kelders has not decided yet what he will do with the extra time gained by eliminating the need for a big final rinse, but is teetering between getting a little more sleep or reading more before heading off to work. “I love to read and sleep; I wish I could find a way to do both at the same time,” he joked.

Perkins hopes the reduced shower time is something other Greensboro residents can embrace, thereby saving the municipality from its record high water consumption rates. “It’s a win-win for the people of Greensboro,” he stated.

On the heels of Peyton Manning’s stunning success after his multiple neck surgeries, the Carolina Panthers have announced that they are scheduling their derailed superstar for some of the same.