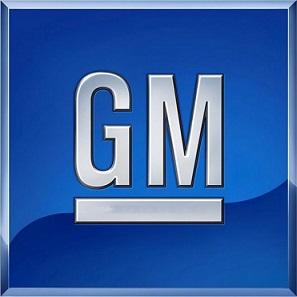 When Toyota overtook GM in 2012 as the world’s top selling automaker, Chief Executive Officer Daniel Akerson vowed a return to the top with the finest product lineup the company has ever had. The difference will come, however, from the financial aspect of the sales equation as General Motors Financial Company (GMFC) will be the first of its kind to offer a Reverse Automobile Leasing program (RAL) to consumers.

“We will not sit idly by and allow inventories to languish when we have a revolutionary plan to put Americans in American cars built by Americans,” stated Akerson in a press conference yesterday at the company’s headquarters in Detroit, MI. “It’s time to take back our roads and our jobs and our freedoms with the best vehicles available in the world,” Akerson said.

GMFC’s Daniel Berce, CEO, gave details on the industry’s first leasing program that pays customers in a manner similar to the way reverse mortgages pay homeowners. “It will revolutionize the financing and sales of cars for a company courageous enough to follow its heart, and consumers will be hard pressed to drive anything but a General Motors vehicle,” he predicted.

The program works along the parameters of a conventional automobile lease with an initial payment up front, subsequent monthly payments, a mileage limitation, and a lease period of 12,24, or 36 months, typically. The difference with the RAL is that a customer will pick out a vehicle, get paid the initial payment to take vehicle delivery, and then receive monthly payments for the duration of the RAL agreement. If the customer goes over the mileage limit, they will also receive a bonus for each mile driven over the typical 12,000 mile per year limit when the vehicle is turned in, although a low-mileage lease will be offered as well.

Berce also hinted at the possibility of GMFC paying the insurance premiums for the duration of the lease. “We would like for this to become a completely pass-through experience that will allow lessees to use the money for gasoline, vacations, home improvements, college educations, and the like,” he stated, and confirmed he is in contact with “several major insurance companies on the subject.”

President Obama heralded the initiative as “groundbreaking, confidence-inspiring, and economy boosting” and said that the news “could not be better for Americans looking for a great car.”

"American Idol" Season 12 is at long last limping to its May 16 finish line, and while either Kree Harrison or Candice Glover will make a fine winner, there are many shocked people out there who think third-place finalist Angie Miller was robbed.