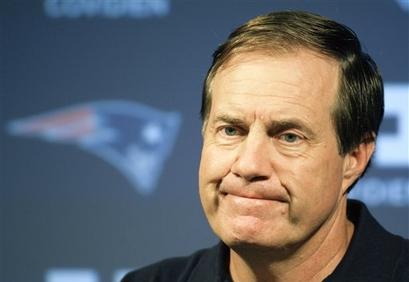 Foxboro, MA (Associated Press) The NFL whirlwind offseason continues with teams signing, releasing, and trading free agents at a frenzied pace as the new season rapidly approaches. The New England Patriots are no exception, and have added Ryan Leaf and Tony Mandarich to the fold.

After adding current veterans Chad Ochocinco and Albert Haynesworth this week, the Pats have dipped deeply into the past to sign free agents Ryan Leaf, quarterback, and offensive lineman Tony Mandarich, neither of whom have played in the last nine years.

"We will give them a helmet, pads, and a chance to make the team, and that's all I have to say about it right now," said coach Bill Belichick. Analysts credit Belichick with being able to coax performances and results from his rosters more effectively than most other coaches, so the risk here may underscore the reward.

Even at the likely NFL minimum salaries, the two could benefit from the winning atmosphere and champion pedigree that eluded them earlier in their careers. Both were considered flops by fans, critics, coaches, general managers, and owners, but the chances for redemption are not lost over the years of inactivity.

"There is no way to tell how much is left in the tank until you start the engine," said ESPN's John Clayton.

New York City Mayor Michael Bloomberg is reportedly leaning heavily toward switching between night and day at will throughout the city, with adjustments precise enough to offer the difference between alternating and even converging city streets.