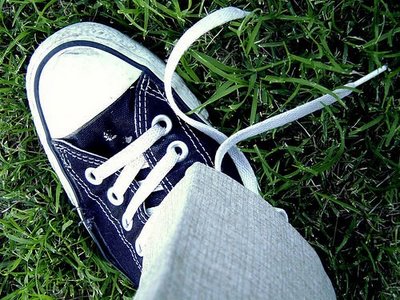 Jonesboro, AR (AP) - Joey Tipperton, age 32, thought this was going to be just another Sunday. He thought he'd get up, think of a reason not to go to church, eat his cereal with milk, watch HGTV home improvement shows, then take a nap while avoiding mowing the lawn. He thought it would be a typical Sunday in Jonesboro. He was wrong.

"I woke up this morning a little more tired than usual," states Tipperton. "That should have been my first clue."

Saturday night, Tipperton and two buddies went drinking down at a local bar, Moose Holler. This is a usual occurrence for them on Saturday nights so up until that moment, everything was going fine.

"We don't have moose anywhere around here," explains Frank Ridgemore, owner of Moose Holler. "I couldn't even begin to tell you where my daddy came up with the name." When prompted to answer the question he'd been asked, Ridgemore then went on to say, "We ran out of Budweiser and I remember that really upset Joey (Tipperton). Carl and Phil didn't have a problem with it but Joey got himself all tied into knots about it."

"Switching beer in the middle of the night gives me the runs," says Tipperton. "It don't matter if I go from import to domestic, domestic to domestic, or domestic to import; it really messes with my system."

Tipperton explains that he was restless all night long, tossing and turning in bed instead of sleeping soundly like most Saturday nights.

"So when I got up Sunday morning, I was real tired, and I don't think I tied my shoes real good." Tipperton points at his feet. "I had just finished my cereal and a cup of coffee when all of a sudden, I had to go. And lemme tell you, I had to go real bad."

Tipperton demonstrates by moving his hips sideways. "I had no sooner gotten in the john and sat down when I noticed my left shoe was untied. That never happens until maybe two or three o'clock."

Tipperton then had to change toilet paper in mid-poop. "It was getting all over me and wouldn't you know I ran out of toilet paper. I had to reach around the cabinet and fish for another roll. I finally got it, but by then, it was pretty messy.

And this is what Tipperton blames for not tying his shoe very good the second time. "I was distracted by the mess I made and I hurried up the shoe-tying. I was having trouble bending over too."

So no more than an hour later at approximately 9:42 am, Tipperton's shoes came untied again.

"This gay guy was showing a gay couple on the TV how to make the front of their house look good when I glanced down and saw that the same shoe had come undone again. I couldn't believe it."

On a typical Sunday, Tipperton may not have to retie his shoes until as late as five in the afternoon, explaining that it would generally carry him until he went to bed.

When asked if he would consider switching to Velcro shoes, Tipperton huffs and walks away.

It is a sunny Wednesday in Cape Canaveral, Florida, and the space shuttle Atlantis has just returned from a mission in outer space. Time to kick the tires, clean the windshield and check the oil--literally and figuratively.

NBA Commissioner David Stern issued a swift disciplinary ruling after the Los Angeles Lakers' five-time NBA champion guard cursed and used a homophobic slur when referee Bennie Adams called a technical foul on him Tuesday night in the third quarter of a victory over the San Antonio Spurs. Americans, too, face a similar penalty issued by Stern.