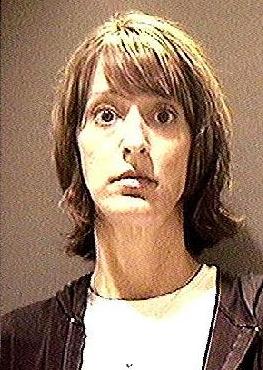 ALEXANDRIA, Va. – Authorities say a Virginia woman pretended to be an FBI agent and conned her neighbors into taking jobs as her "assistants."

Twenty-nine-year-old Brenna Reilly of Arlington was indicted by a federal grand jury in Alexandria last week on a charge of impersonating an FBI agent.

According to a court affidavit, Reilly told neighbors in her apartment complex that she was the FBI's director of forensics and, as such, could not perform any household duties that might compromise the cleanliness of her fingers and hands as it relates to her lab work. Two of those neighbors say they agreed to work as Reilly's assistant and clean her toilets, bathrooms, and dishes.

She also gave the assistants tasks that included cleaning out her cat's litter box and washing her car regularly, and advised them that they would be paid by "Uncle Sam." But authorities say Reilly was never an FBI agent.

Prague, Czech Republic (UPI) - Japanese robot ASIMO has become the new japanese diplomat to the Czech Republic, amid much controversy and applause.

Flint, MI (UPI) - On March 24, 2010, the city of Flint, Michigan, began laying off a quarter of its firefighting force as part of an effort to close its estimated $8 million budget deficit. On the same day, firefighters were called to battle at least five fires at abandoned homes in Flint.