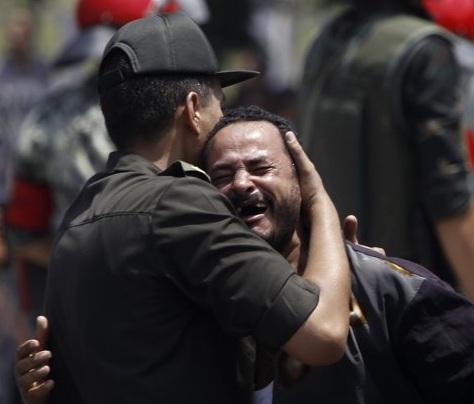 Mitt Romney, left, and Paul Ryan, right, embrace in the strife-ridden state of Indiana following the selection of Ryan as running mate for the 2012 Presidential election. Indiana, which is fighting a civil war between Terre Hautians and Muncians over the possible relocation of the Columbia House Record and Tape Club, will look for leadership through this crisis from a newly elected White House while the current administration virtually ignores the situation despite the deaths of nearly five thousand citizens this year. (Associated Press)