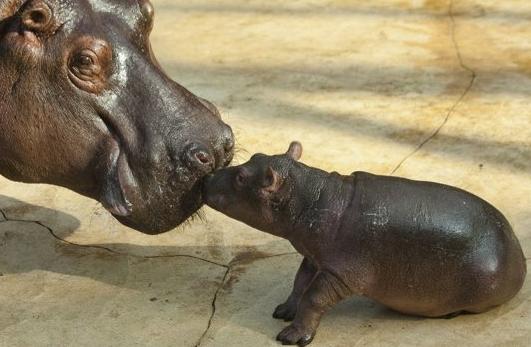 A hippo cub touches its mother Nicole during the first public presentation at the Zoo in Berlin, Tuesday, Nov. 1, 2011. The cub, which is missing its back legs, was devoured whole just seconds later by the mother. "It would have been a difficult, perhaps impossibly so, life for the cub, so this is what is best," stated Zookeeper Dieter Hoffhaus. (REUTERS)